Depending on the precise outcome of the Brexit negotiations Britain is likely to be putting in place its own immigration rules for EU citizens after we leave the Union. At the Conservative party conference earlier this month the shape of those new immigration rules began to emerge, and we've polled the British public on what they make of them.

The central announcement was that the government planned to treat EU citizens who want to come and live in Britain in the same way as potential migrants from elsewhere in the world. This was widely supported - 65% of people thought it was the right approach, only 20% were opposed. 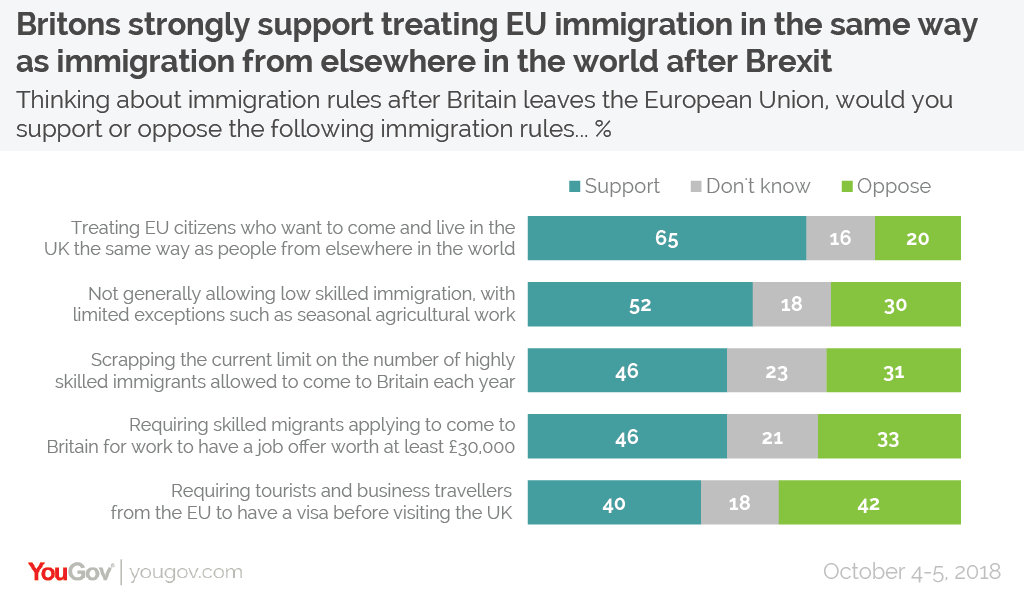 Attitudes towards the details of how a post-Brexit immigration policy might work were more evenly divided. Scrapping the current cap on highly skilled migrants was supported by 46% of people, opposed by 31% (a clear majority of Remain voters backed this aspect, Leavers were more narrowly divided - 45% support, 40% against). Requiring skilled migrants to have a job offer worth at least £30,000 had similar levels of support (46% support, 33% opposed), though the breakdown was different - this aspect was supported by Tories and Leave voters, but opposed by Remain and Labour voters.

More than half (52%) supported the idea of not allowing low-skilled immigration, with the possibility of a few limited exceptions like seasonal agricultural work; 30% were opposed. Again, this split the country down party lines, with strong support from Tory voters, but Labour voters breaking against the policy.

People were divided on requiring EU citizens to obtain visas before visiting the UK for tourism or business . 40% would support it, 42% were opposed.

Any immigration policy won't just impact EU citizens of course. Even if British public opinion supports limiting the rights of EU citizens to come to Britain, people may be somewhat less sanguine about losing their own rights to go and live or work elsewhere in Europe.

On attitudes towards skilled immigration, opinions were actually much the same - 47% said they would support it if the EU required skilled British workers applying to live in the EU to have a job offer worth at least £30,000. People were less happy about the idea of the EU not allowing low skilled British people to go and live or work elsewhere in the EU. Only 36% would support this, with 39% opposed. 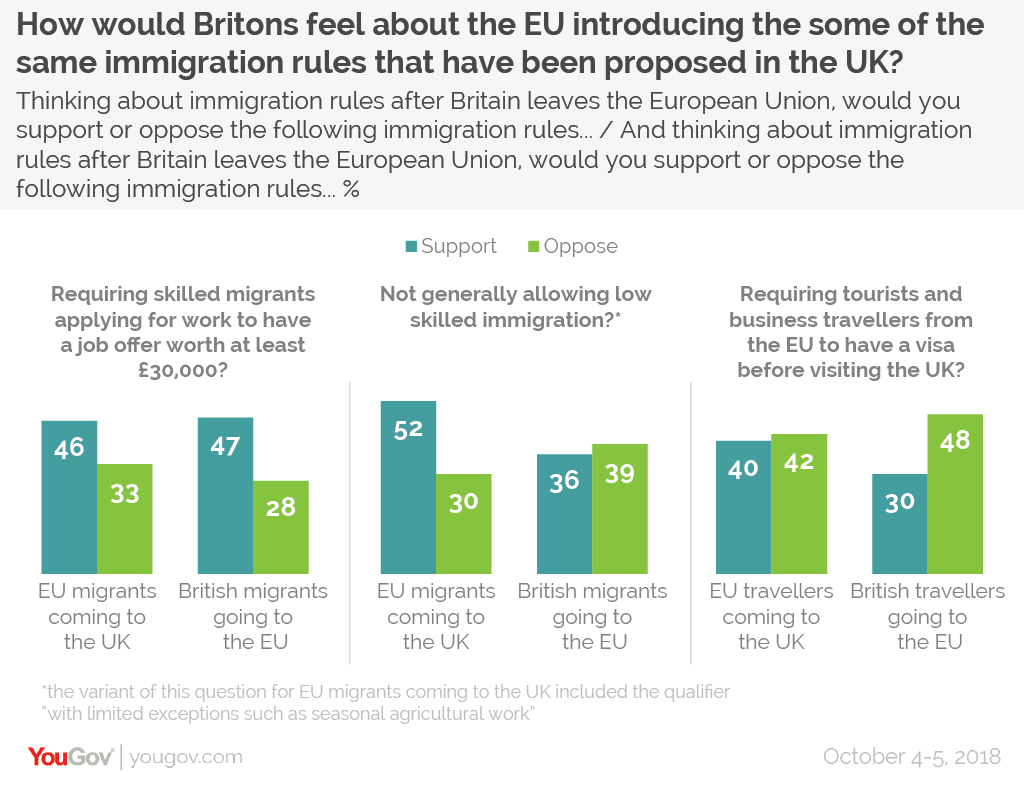