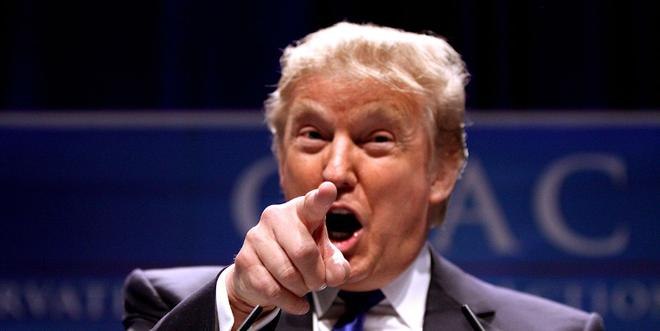 Showing little sign of a "ceiling", Donald Trump has only grown in support with the exit of Ben Carson and Marco Rubio's collapse

In the last two weeks, Republican frontrunner Donald Trump has won more delegates in primaries and caucuses, even while his opponents have launched new attacks and questions have been raised about his supporters.  The week’s Economist/YouGov Poll finds Trump still at the top of GOP voters’ preference with a wider lead, while Florida Senator Marco Rubio seems most damaged by the two weeks of attacks and counter-attacks.

This is the first time Trump has garnered the support of a majority of Republican primary voters nationwide. YouGov's February 24-27 survey marked his previous high, at 44% support. 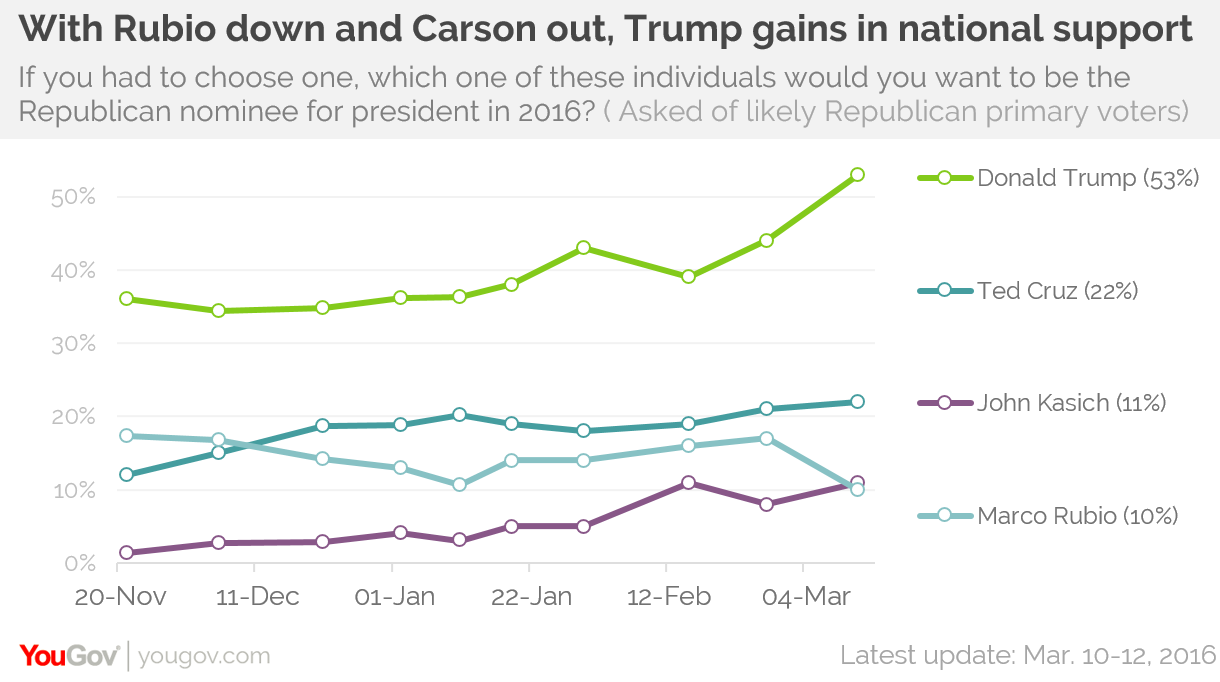 Two weeks ago, the national Economist/YouGov Poll showed Rubio and Texas Senator Ted Cruz battling for second place behind Trump, in a field which still included retired neurosurgeon Ben Carson (who has since endorsed Trump).  This week, Rubio is battling Ohio Governor John Kasich for last place, with half the support Republican voters give to Cruz.  He is behind both Cruz and Kasich when Republican voters are asked for their second choice.  And only 19% of Republican voters would be enthusiastic about a Rubio nomination (in contrast, half would be enthusiastic if Trump were the nominee).

Rubio is the least liked of all the remaining GOP candidates.  His favorable rating among Republican primary voters has dropped nine points from what it was two weeks ago; his unfavorable rating has jumped eleven points in the same period.  Every other remaining contender, including Kasich, receives better ratings.

42% of Republican primary voters say they have become less favorable towards Rubio, based on what they have heard about him lately, more than say that about any of the other GOP candidates. 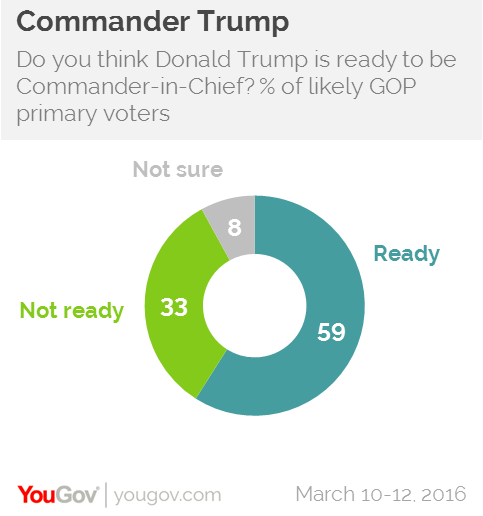 This poll was conducted mostly before this weekend’s series of protests and arrests at Donald Trump rallies in places like Chicago, Dayton, Ohio and Kansas City.  Their full impact on opinion – if any -- can’t be measured in the poll.

Kasich’s ratings are particularly strong this week.  He gained five points among Republican primary voters in favorability compared with the last Economist/YouGov Poll.  Among the public overall, slightly more people like Kasich than dislike him.  Those national ratings are better than those Americans give any of the other Republicans (for comparison, 61% of Americans have an unfavorable view of Trump).  Kasich scores better with Democratic primary voters than any other GOP candidate (and if Democratic voters could choose the GOP nominee, Kasich would be the frontrunner).

Trump, who is the clear GOP frontrunner (74% of Republican primary voters expect him to be the nominee), still has a way to go to win over the supporters of his GOP opponents.  About four in ten Republican voters don’t think Trump cares about people like them, and believe he cares more about himself than the country.  A third are dubious about his plans for the economy, think he is not honest and trustworthy, and say he isn’t ready to be Commander-in-Chief.

It’s among these groups that Trump’s opponents do well, though relatively few supporters of Rubio, Cruz and Kasich say their vote is mostly a negative one, against the other candidates.

What separates Trump voters from those supporting other candidates is the importance of the issue of immigration.  While Republican voters generally think the economy is the country’s most important issue, no matter whether they are for or against Trump, Trump’s supporters are nearly five times as likely as supporters of other candidates to say immigration is the issue that matters most to them.   But Trump’s brashness may be more important than his issue positions.  The most important reason people support Trump, chosen by both Trump supporters and opponents in the party, is that he is not politically correct. 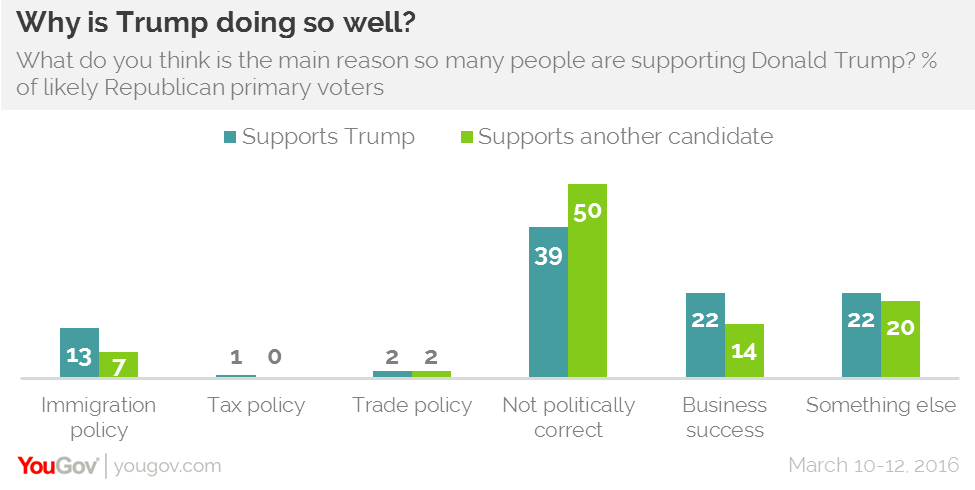 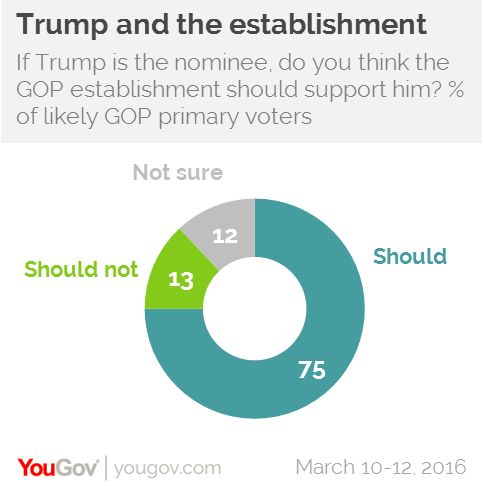 However, one in five Republican supporters and opponents think none of the options offered explains support for Trump.  As for their personal support, shaking up politics is most important for Trump voters; policy proposals and honesty matter most to supporters of the other three.

Despite Trump’s big lead, Republicans are less sure than Democrats are that they will have a nominee before the July conventions.  Just 46% think that will happen, although Trump voters are much more likely to think the nomination will be wrapped up before July.  But if Trump should win, whenever that happens, Republican voters, including those supporting other candidates, want the establishment to support him.

Full poll results can be found here and topline results and margin of error here.