Asked to plot themselves on a 'sexuality scale', 23% of British people choose something other than 100% heterosexual – and the figure rises to 49% among 18-24 year olds

Invented by Alfred Kinsey in the 1940s, the Kinsey scale plots individuals on a range of sexual dispositions from exclusively heterosexual at 0 through to exclusively homosexual at 6. Where the original study had a large number of methods for placing people, YouGov simply asked people to place themselves on the sexuality scale. 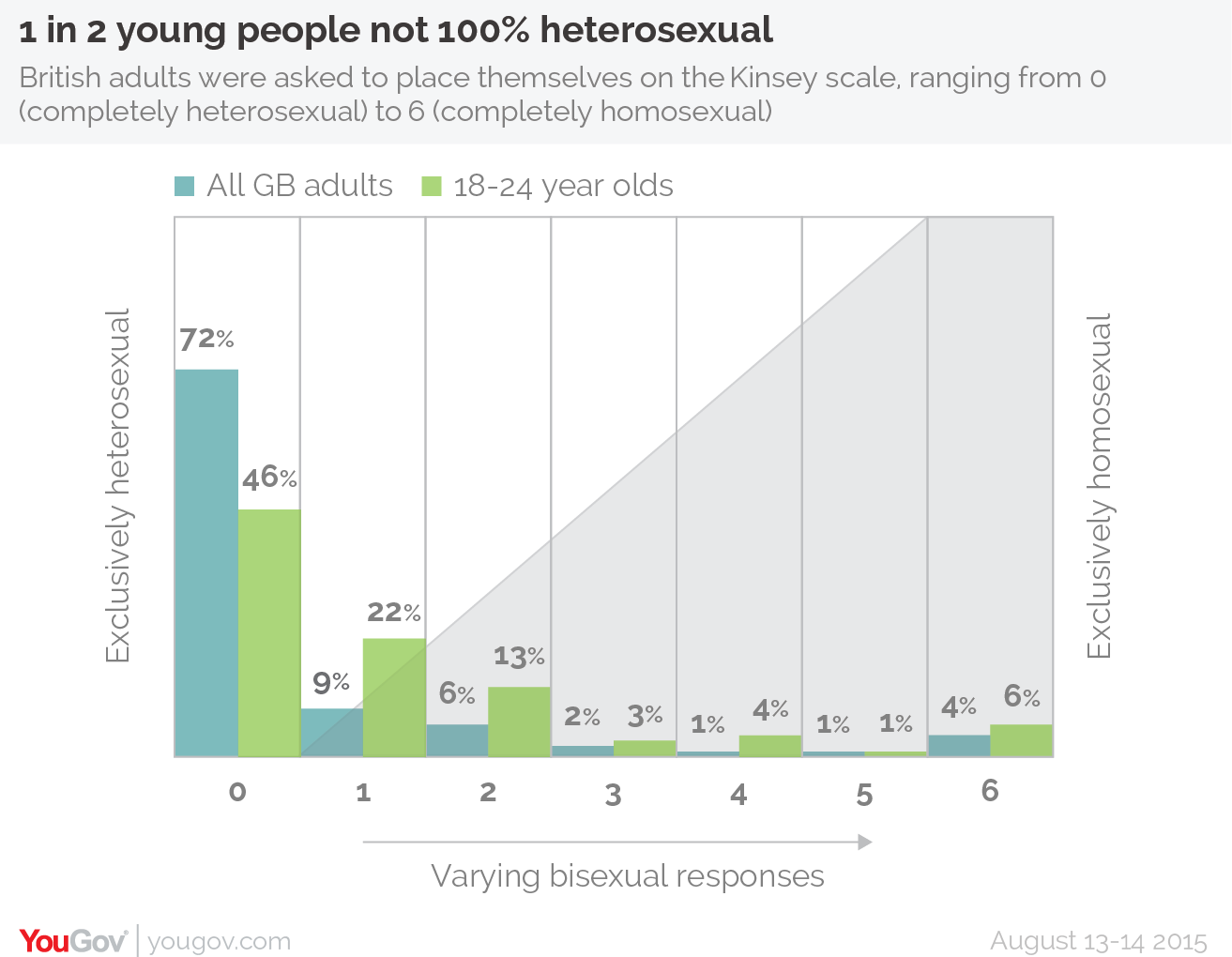 With each generation, people see their sexuality as less fixed in stone. The results for 18-24 year-olds are particularly striking, as 43% place themselves in the non-binary area between 1 and 5 and 52% place themselves at one end or the other. Of these, only 46% say they are completely heterosexual and 6% as completely homosexual.

People of all generations now accept the idea that sexual orientation exists along a continuum rather than a binary choice - overall 60% of heterosexuals support this idea, and 73% of homosexuals. 28% of heterosexuals believe that 'there is no middle ground – you are either heterosexual or you are not'.

But what does it mean to be at 1 on the scale, and what is the difference being here or at 2? According to the research, progressing further away from 'completely heterosexual' (0) towards the midpoint (3, or 'completely bisexual') increases the chance that you have had a sexual experience with a member of the same sex. 23% of those at level 1 have had a sexual encounter with a member of the same sex, while 52% of people at level 2 have had such an experience.

Clearly, these figures are not measures of active bisexuality - overall, 89% of the population describes themselves as heterosexual - but putting yourself at level 1 allows for the possibility of homosexual feelings and experiences. More than anything, it indicates an increasingly open minded approach to sexuality. In a further set of questions asking if respondents could conceivably be attracted to, have sex with or have a relationship with someone of the same sex (if the right person came along at the right time), level 1s were at least 35% more likely to say they could than level 0s.